Has your Pontiac gone up in flames? Ours did!! 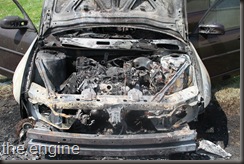 Last Saturday evening, my son parked his Pontiac Grand Prix at a friend’s house and then left with the friend to attend an event. When he parked his car, everything was fine. The car had not over heated. There were no check engine lights, the engine wasn’t smoking; there were no signs of trouble with the car. His car was low on gas, so he and his friend decided to take the friend’s car to town and it’s a good thing they did because…… 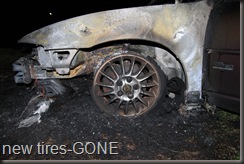 In less than 25 minutes after they left, the car somehow spontaneously combusted. Neighbors saw the car in flames and called 911. Some were concerned that the car might catch the nearby house on fire. 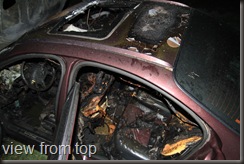 We then got phone calls that the car had burned up and was a total loss. Needless to say, we were very thankful that no one was hurt. Also, we were relieved that his college books and homework were not in the car. He did lose a couple of favorite jackets and some c.d.s, however. 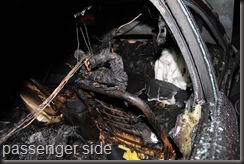 The sight of the burned out carcass of what used to be my son’s car was shocking. I suppose I never imagined how quickly a car could burn. The whole thing was surreal. The car had been parked! How in the world could something like this happen!? The inside of the car looks like a bomb went off in it! 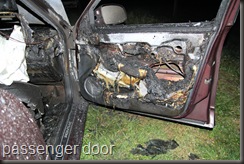 Later that evening, my son and I got on the internet to do some research about car fires. We found person after person telling similar stories about their Pontiac vehicles going up in flames minutes after they had been parked. One woman lost her garage and the other car parked next to her flaming car and also sustained serious smoke damage to her home. I can only imagine how many people have not only lost their cars, but personal items that can’t be replaced or maybe even precious pets. So far, I haven’t read about anyone losing their lives. 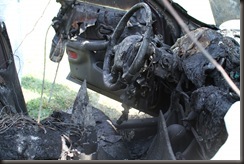 We eventually stumbled upon someone asking for people to volunteer their stories so that this obviously common problem with Pontiac cars could be made public. Pontiac/GM is taking no blame, although they’ve put out a recall. Although, some people that got the repairs done are saying that it didn’t work – their cars still caught on fire. 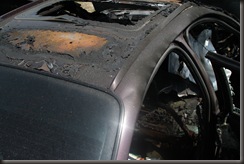 It goes without saying that we emailed this lady from California about helping by telling our story. I’m blogging about this in hopes that other Pontiac owners will know there is a potential for this to happen to them. It seems to be limited to certain models, but I’m not going to list them just in case its more. My daughter drives a  2007 Pontiac G6…she is now wanting to trade hers in for another car. 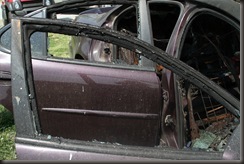 Meanwhile, Pontiac owners, perhaps you should not park your car in the garage…or next to other vehicles….or leave your pets in the car….or your laptop, etc. Please, whatever you do –don’t even think of napping in your parked Pontiac car! OH, and make sure you get full coverage on your potentially combustible Pontiac, you might need it. We didn’t have full coverage because the car was paid off and my son was wanting his insurance to be as inexpensive as possible. We had a liability policy only. Now, the car isn’t even worth trading in. 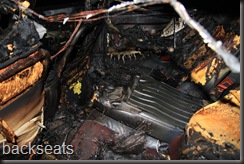 If you or someone you know has had their Pontiac vehicle spontaneously combust and burn please let me know. I will forward your story on to the representative that is trying to get this on the news and out to the public. 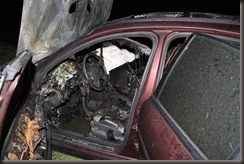